This post will show you the highest currency in the world and its rates with other currencies.

A currency serves as a medium for exchange of goods and services in a particular economy.

Therefore, without a currency, there will be nothing like budget, trade, import, export, banking, transportation, insurance and the likes. In short, a currency is one of the multiple money systems.

In fact, currencies are the most traded items in the foreign and stock exchange markets. A nation without a currency will have no economy. This is because, the currency is the base of any economy.

Certainly, this would pop up thoughts about which currency is the highest in the world, and that is exactly what we will be discussing here today. However, before we dive into the main topic, it will be of great use to know the different currencies we have in the world.

Firstly, I will be mentioning a few of the currencies we have in the world presently. Their countries will also be included in the list. The country comes first, then followed by the currency.

As a result, we might feel one of the major currencies should be the most valued currency in the world, but we are wrong.

By the time I mention the highest currency in the world, you might get shocked because it is not a well known currency.

Requirements for a currency to have high value

Before we dive straight into what the highest currency is, let us have an idea on what it takes to be the highly valued currency in the world.

Saying a currency is the highest is another way of saying it has the greatest economic value. This means that if you have one unit of this particular currency, you will be richer than having the same one unit of any other currency.

Importation of goods and services from a country whose currency has more value than your own currency, might be very dangerous. This because, you will get to pay more of your currency, and thin in turn will increase the prices of the goods you have imported and can lead to inflation.

However, it is very profitable to export goods to such a country because you get more value than your own currency.

What exactly is the world highest currency?

I am quite sure you are very anxious right now to know what exactly the most important currency in the world is. I’m sorry for the long suspense.

Kuwait has one of the lowest unemployment rates in the world and it is also a tax free country. This means that citizens are not enforced to pay taxes.

So let’s look at the quote(rates) of the Kuwaiti Dinar (KWD) against the US dollar and the Nigeria Naira.

As at the time of publication of this article;

This should tell you how weak the Nigerian Naira (NGN) is.

Do you have any questions, complaints or clarifications that you want to share with us? Let us know in the comment section below. We will be glad to answer you.

In the same vein, you can also appreciate us by sharing this post with others. Remember, there is love in sharing. 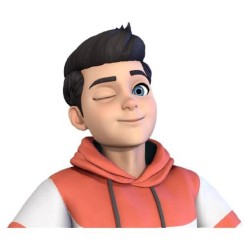 2 thoughts on “Highest Currency in The World 2021 [Updated]”